The government declared SARS will be dissolved but protesters pledged to continue protests.

As the EndSARS movement gains momentum, millions of Nigerians are out on the streets from different locations in Nigeria and in the diaspora, pouring out their minds to the government of Nigeria.

Just yesterday, an observer from Ogbomoso area of Ogun State named Jimoh Isiaq was killed by a police officer during a peaceful protest. According to eyewitnesses, as the protest continues, the brutality intensifies which is definitely not acceptable to the citizens. As such millions of Nigerians are out today being Sunday to continue with the EndSARS protest.

Earlier today, protesters gathered at the Unity Fountain in Abuja. According to them, their plan was to make their way to the Force Headquarters to see the Inspector General of Police.

Although it later turned sore as the Abuja protesters were attacked by police officers with the use of tear gas and water. Still on the EndSARS issue, over 10, 000 signs #EndSARS petition to ban top public officers and policemen from the USA. A petition has been written to the United States government to impose visa restrictions on all Nigerians public office holders and other high-ranking police officers have received over 10,000 signatures as of Sunday morning.

Nigerians in the united kingdom also came out in their large numbers today to protest against SARS officials.  In another development, protesters that were detained in Ogun State by the police officers earlier today has been released under the directive of the governor of the state Prince Dr. Dapo Abiodun via his Twitter handle after twitter users cried out.

SARS operatives have been reported to have shot protesters at Sango in Ibadan around 1:00 pm Sunday, but Nigerians are not relenting. 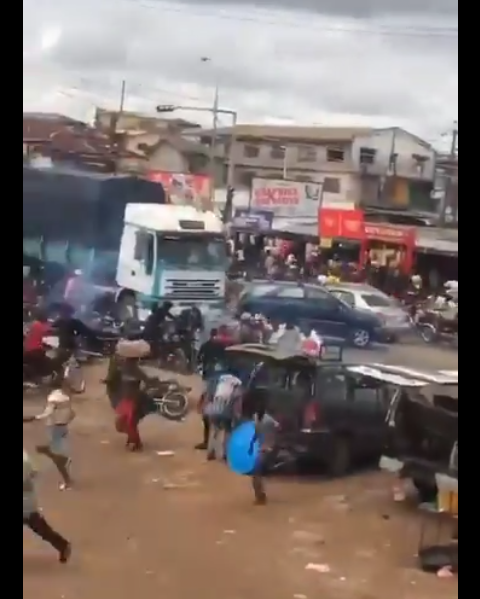 Fani-Kayode: It Is Shameful Buhari Recruited A ‘Political Hawker’ And ‘Liability’ – Dalung

Fani-Kayode: It Is Shameful Buhari Recruited A ‘Political Hawker’ And ‘Liability’ – Dalung